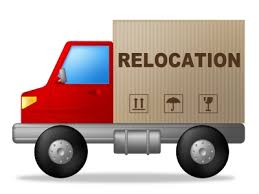 Trial Court:  This case involves mother’s attempt to relocate with the parties’ minor child. Mother, the primary residential parent, sought to move from Cleveland, Tennessee to Greeneville, Tennessee, a distance of approximately 160 miles. Mother sent notice to father of her intent to relocate. The notice indicated that mother intended to relocate because she had remarried and intended to move into her husband’s residence. Father responded with a petition objecting to the relocation. The trial court entered an order allowing mother to move, finding that the move had a reasonable purpose and was not vindictive or meant to interfere with father’s co-parenting time.  The trial court’s opinion included the following:

From all of the evidence, father failed to meet his burden of proof to demonstrate by the preponderance of the evidence that mother’s relocation with the child lacks a reasonable
purpose or is vindictive.

The court finds that the reason and purpose of mother’s move is “economically sufficient to justify relocation with the child”, and is “economically” much more feasible than her current living conditions here in Bradley County. Mother’s move to Greeneville, Tennessee will allow her and her daughter the economic advantages attendant to living in a
home of their own rather than with their extended relatives as they do now. . . . [T]he court finds: that the mother is a wage earner of limited means, doing menial labor; that her new husband’s home is ancestral property owned by him; that mother will probably be able to obtain similar employment in the new location; that it is economically beneficial for mother to live with her husband rather than with her relatives as she and the child now live; that it would pose economic hardship and uncertainty upon mother, the child and her husband for him to seek employment in mother’s present locale, which the court finds is not economically feasible because of the fact he would be selling and moving from his present home. The court concludes that . . . mother’s move with her child is for a reasonable purpose and is not designed or intended by her to defeat father’s shared parenting rights.

The Tennessee Supreme Court has recently clarified the framework to be utilized in determining whether a parent may relocate with a child pursuant to the provisions of Tenn. Code Ann. § 36-6-108. In Aragon v. Aragon, the Supreme Court explained that, once a primary residential parent seeking to relocate provides notice of his/her intent to relocate, the burden of proof is on the parent opposing the relocation to prove one of the enumerated grounds in Tenn. Code Ann. § 36-6-108(d)(1).  “If the burden of proof is not carried, the trial court is obliged to grant permission for the relocation.”  The court explained that “[t]he statute includes a presumption in favor of permitting relocation . . . .”

In the case before us, because mother spends the greater amount of time with the child, father has the burden of proving one of the three grounds for denying a petition to
relocate. With respect to whether the relocation would pose a threat of specific and serious harm to the child, at trial, father conceded that this ground is not at issue.

Are you eligible to file Chapter 7 bankruptcy?

Parenting Together After You’ve Parted