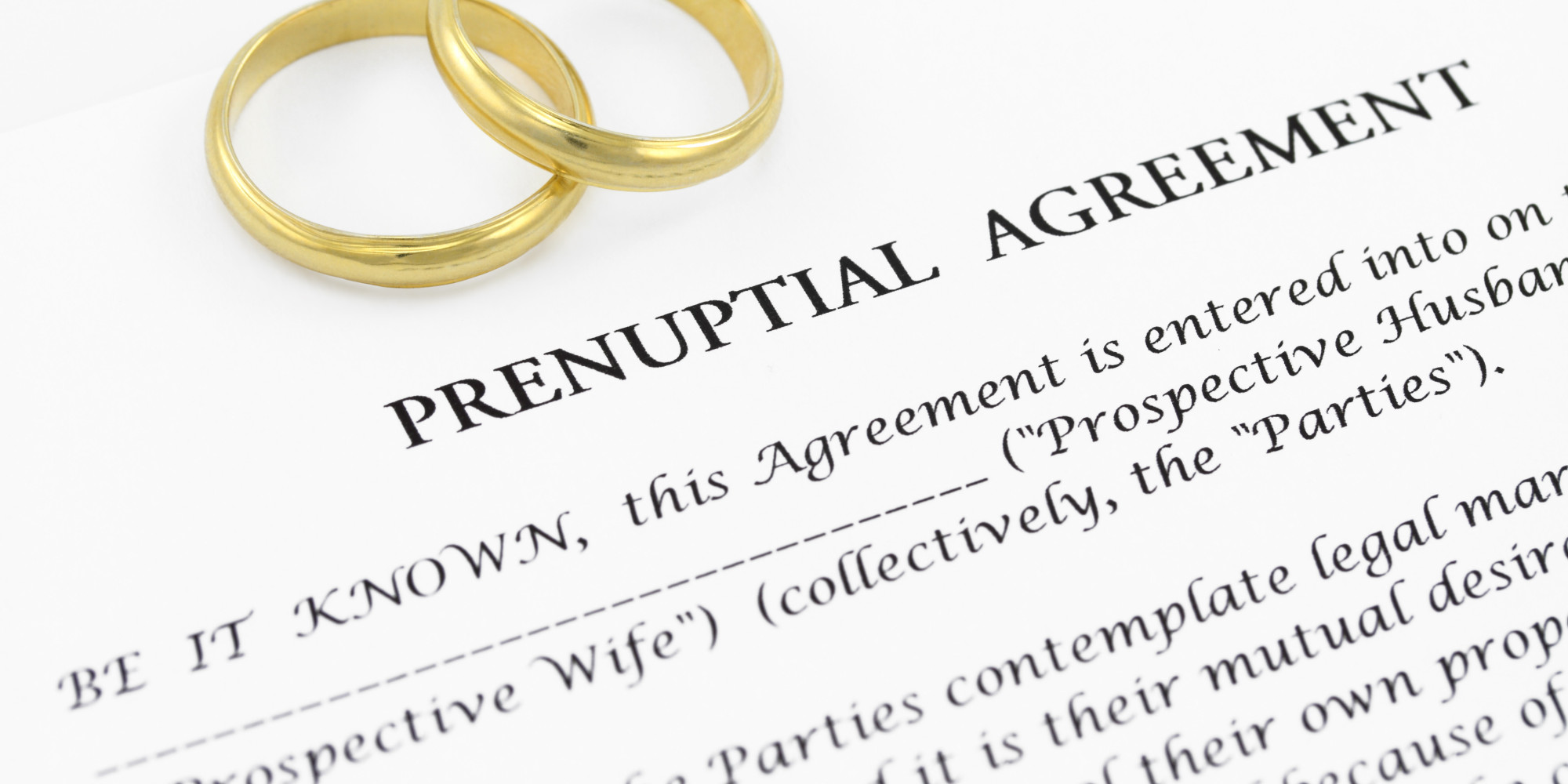 If you’re getting ready to tie the knot, you may be wondering if getting a prenup – a legal document that determines how assets will be divided and protected in the event of a divorce – is a smart financial decision.

And you wouldn’t be alone. According to a 2016 survey from the American Academy of Matrimonial Lawyers, a rising number of prenups have been requested in the past three years. What’s more, 51 percent of attorneys reported an increase in prenup requests from millennials. Why the recent uptick? As a rising number of couples are opting to get married later in life, both the bride- and groom-to-be have more assets to protect.

If you’re considering a prenup, here are the benefits and drawbacks to factor in first.

[Read: For Richer or Poorer: How 5 People Co-Manage Money With a Significant Other.]

Pro: Entering a prenup can help you prepare for the worst. Meghan Freed, a divorce attorney with Freed Marcroft, a family law firm in Hartford, Connecticut, says millennials and those in second marriages often request prenuptial agreements.

“They’ve either seen their parents divorce or have close friends whose parents have divorced, and they accept not only that divorce can happen, but that it can be planned for, so that its consequences are less severe,” Freed says.

Pro: A prenup can protect you from your spouse’s accumulated debt. “Probably the most common reason for a prenup with first-time marriages right now is student debt. Everybody has it [and] no one wants to get divorced and add their ex’s graduate school debt to their own,” Freed says.

Pro: A prenup forces you to commit to full transparency when it comes to talking about your finances. If you openly talk about getting a prenup, chances are you’ll become better as a couple at discussing details about your credit scores, debt and spending patterns, and during your conversations, you may learn some important things about your partner, says Louis Atlas, a divorce attorney in New York City. “It may reveal the debts of a person going into a marriage,” Atlas says.

Pro: A prenuptial contract can protect valuable assets you want to stay in your family. “For example, [consider] a diamond ring that has been in a family for generations, which has acquired a personal significance and sentiment far beyond its market value,” Atlas says. Family heirlooms aside, you might want to include a comic book collection or even a beloved pet that you wouldn’t want to part with in the agreement.

Con: Your future spouse may be uncomfortable or feel insulted, particularly if he or she is a romantic. “A key thing to remember when considering a prenuptial agreement is that you’re indirectly saying, ‘I don’t have faith in this marriage,'” says Jeff Fishman, a financial advisor based in Los Angeles. “There’s no telling how the other party is going to react. I’ve seen several couples split before the wedding because of some perceived outlandishness over a prenup. They can open a marriage minefield.”

On the other hand, if you know your partner well, chances are you’ll already have a pretty good idea how he or she will react. If you think your future spouse will react negatively, you’ll want to emphasize that you’re trying to be realistic, proactive and to come up with a plan that benefits both of you in a worst-case scenario.

Con: The prenup may favor one spouse. “People can be blindsided by love at the beginning of the relationship, and as a result might agree to terms that are not in their best interest,” Atlas says.

In other words, if your partner comes to you with a prenup, and you haven’t been involved in the writing of this agreement, you’ll want to bring in your own attorney. No matter what you decide to do, do not blindly agree to a contract. You’ll want to make sure you’re both happy with how you plan to separate your own property, shared property and, if applicable, alimony payments, in the event of a divorce.

As for how much hiring legal representation will cost, typically, it depends how many assets you have to protect. Many attorneys say to expect to spend at least $2,500 per person, although some online legal websites offer prenup planning for less. The legal services company LegalZoom offers prenup planning for $995 ($1,490 if the wedding is less than two weeks away).

Con: A prenup contract focuses on the future. This may be the biggest negative, says Arthur Ettinger, matrimonial and family law attorney with the firm Greenspoon Marder in New York City.

“You are contracting now for a future event that you hope will never occur. If it does occur, you have no idea when. And it is utterly impossible to predict your financial or other circumstances at the time of that eventual, unhoped-for divorce,” Ettinger says.

In other words, you and your partner could have far more money, say, 10 years from now, and if the prenup is structured poorly, potentially one person could leave the marriage much wealthier than the other. Or it could go the other way. Your collective household may not have all that much money, and you could be contracted to pay your partner far more than you’re able, Ettinger warns.

“That is the real con of a prenuptial agreement – if you are contracting around the law and circumstances change, you are in almost all cases stuck with the bargain you have made,” he says.

That doesn’t mean you shouldn’t get a prenup. Generally, if you or your partner has a lot to lose in a possible divorce, you should consider getting a prenup. For instance, if you own a business, have a robust retirement account or you have assets you want to pass onto your children, you may be a good candidate for a prenup.

“No one wants to lose their business along with their marriage,” Freed says. She also points out that many couples get financial assistance from a parent when they buy a house. “No one wants the ex to pocket mom’s down payment,” Freed adds.

On the other hand, if neither of you have much to lose, you may not benefit from a prenup. “The simple answer is if you generally want what the law provides, you don’t need a prenuptial agreement,” Ettinger says. “That is, if you and your partner-to-be plan to have everything you earn or accumulate throughout your marriage be considered marital property, regardless of whose name it is held in and divided accordingly upon divorce – you probably do not need a prenuptial agreement.”

Should you reaffirm a secured debt in Chapter 7 bankruptcy?